This year’s culture week between the 11th and the 16th of October was dedicated to one of the greatest Slovenian writers, Ivan Cankar. PYP students participated in many activities, through which they learnt about his life and work. 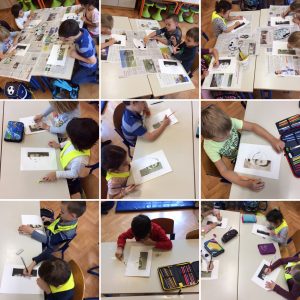 1M students dedicated their art lessons to Ivan Cankar during this week. 1M students did not know much about him so they first tried to get to know him better: who he was, when and where was he born, when did he die, what did he look like. Afterwards, first graders got to draw him. After drawing the first sketch with pencils, students were excited to use ink as well. 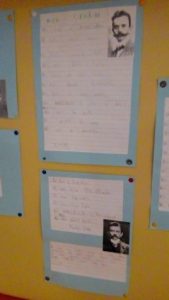 2M took a look at some pictures of Cankar and then wrote a description of the author. 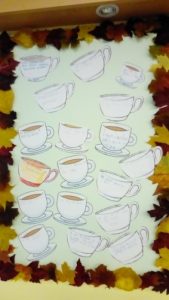 3M students read his famous story ‘Skodelica kave’ which is also translated into English. The students created a poster containing information about Cankar’s life. They found a lot of interesting information which they wrote down on pictures of coffee cups. 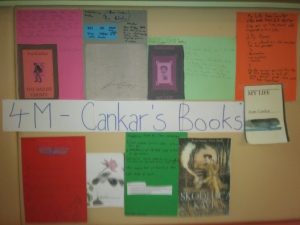 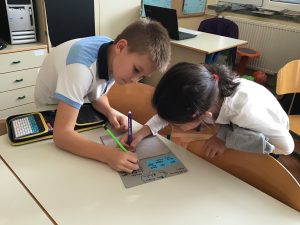 Students from 4M were analysing Ivan Cankar’s books: ‘Hiša Marije Pomočnice’, ‘Hlapec Jernej’, ‘Moje življenje’, ‘Skodelica kave’, and his Poem Collection. They learnt how versatile the author was, who was born only 25 kilometres from our school. 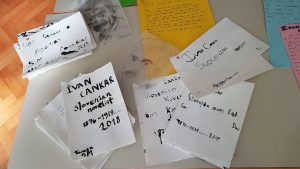 During English lessons, a part of Cankar’s short story was read to 5M students. The story was about his school life and later on students wrote a paragraph in which they compared their school life to Cankar’s. Some students decided to put themselves into Ivan Cankar’s shoes and expressed his feelings about school. 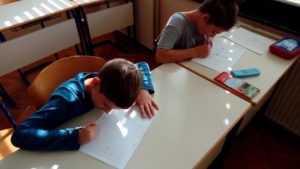 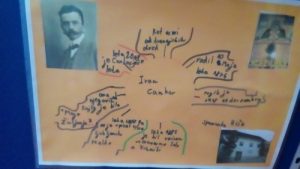 During Slovenian lessons PYP students also read his story ‘Peter Klepec’ and created a comic strip. They made mind maps about his life and work and later presented and debated about their products. They summarised and changed the ending of Cankar’s story ‘Pehar suhih hrušk’ and discussed what they would do in a similar situation. They created a timeline for his story ‘Mater je zatajil’.