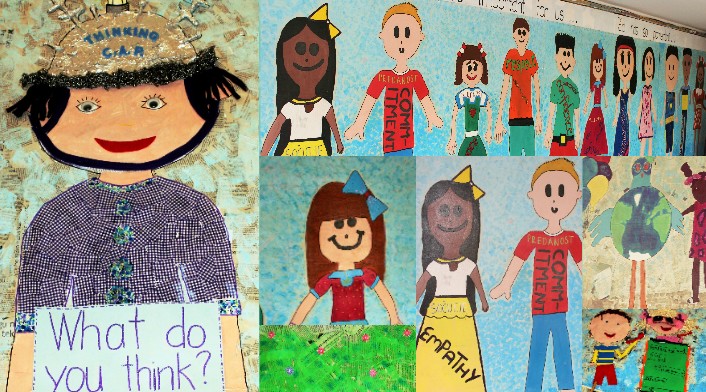 Are you considering an international school in Ljubljana?

Why Danila Kumar
Take a Glimpse at Our School 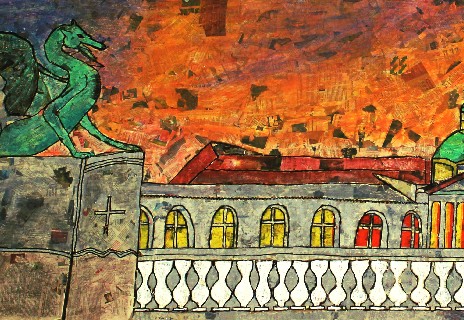 Come and see the school 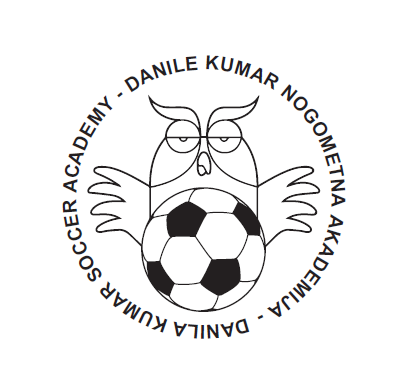 Take a look at the DK Soccer School

LATEST GOINGS ON AT THE SCHOOL...

Important Information Regarding the Return to School

We will stop online learning for them then.

Before a child comes to school parents will have to sign the Confirmation form (attached here) and send it to school by Tuesday, 12 May (inter.osljdk@guest.arnes.si) or to Danila Kumar International School, Gogalova 15, 1000 Ljubljana) to confirm their child is healthy and has not been in contact with anybody infected by Coronavirus.

END_OF_DOCUMENT_TOKEN_TO_BE_REPLACED

A minute after midnight on May 9, 1945, World War II officially ended in Europe. The worst time in human history began on September 1, 1939 with the German invasion of Poland. The war then spread throughout Europe and, despite initial concerns, soon drew in France and Britain. Germany invaded Norway and Denmark in 1940, and France, Belgium, Luxembourg, and the Netherlands in May. In April 1941, the German army invaded the Kingdom of Yugoslavia and Greece.

The liberation of Europe began with the Allied landings on D-Day in June 1944. As a result, the German army withdrew from all battlefields by 1945, and the ring around Germany became narrower and narrower, and the Battle of Berlin took place in April 1945.

The Victory Day in Ljubljana

“Greetings to the Yugoslav Army on the Liberated Slovene Land!” Wrote the writer Fran Saleški Finžgar on May 9, 1945 – on the occasion of the liberation of Ljubljana – in the issue of the Slovene Reporter. 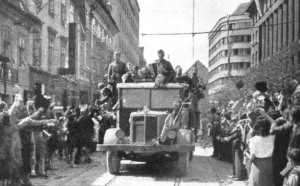 A Journey Through Bela Krajina

These beautiful May days are an invitation to explore nature. This is why the MYP students went to Bela Krajina yesterday, not alone, but with the students of the Matija Gubec Primary School and the ninth-graders of the national department of our school. And how? On a Virtual journey, with the help of the internet! It was a new experience for us all, which proved to be a good one.
On their way, they observed nature, got to know new places, and everyone was impressed by the Lahinja Landscape Park. They met the green Jurij, Easter eggs and the many natural beauties of Bela Krajina, as well as the cultural heritage.
Simon Zoretič Gajser, Melita Plešnik 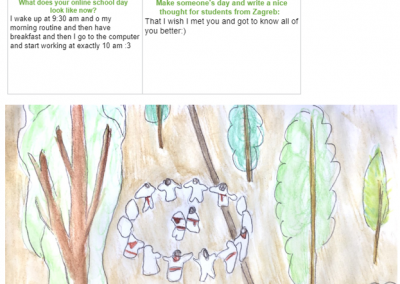 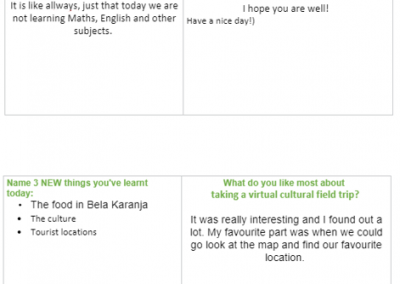 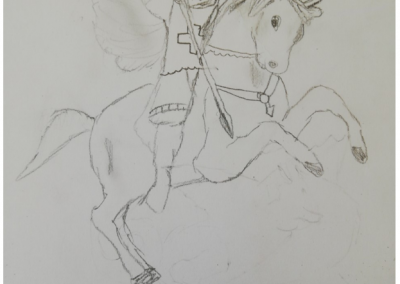 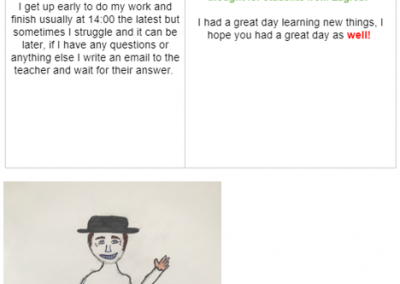 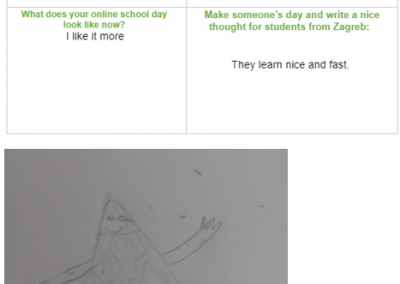 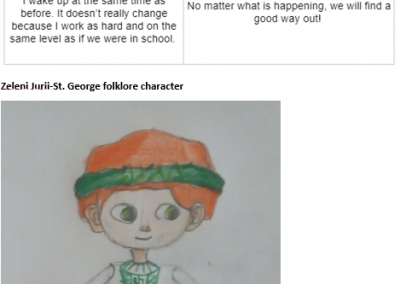 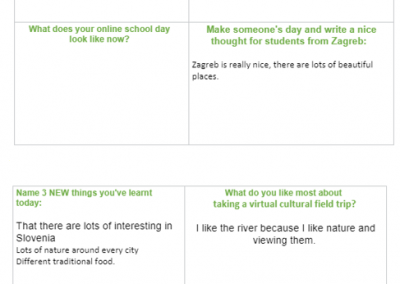 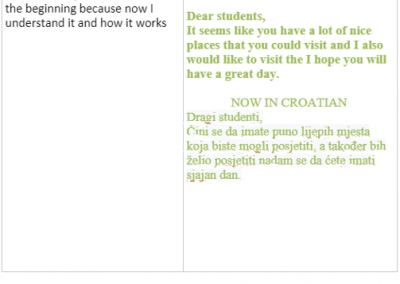 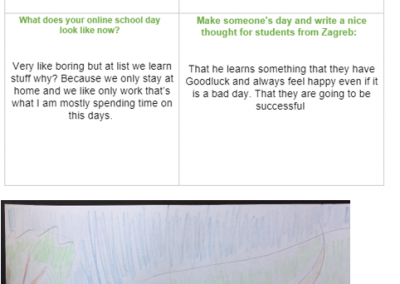 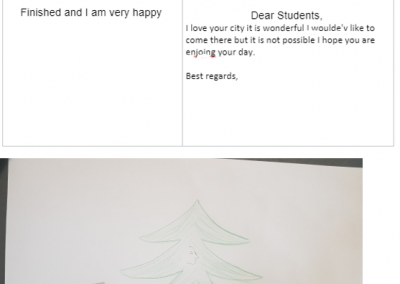 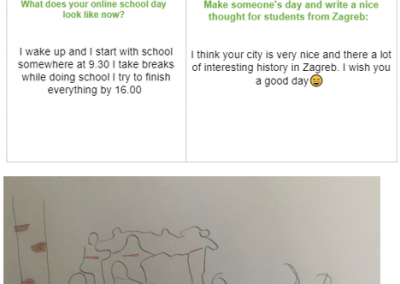 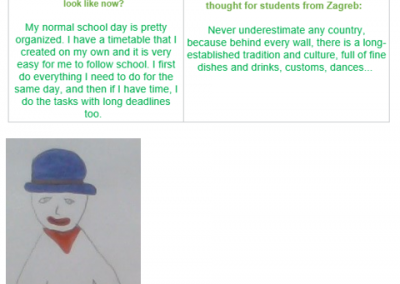 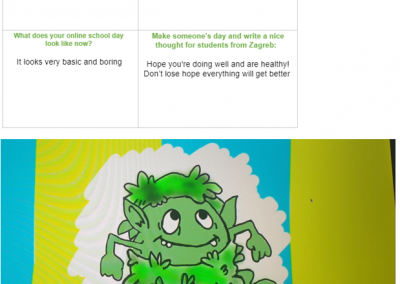 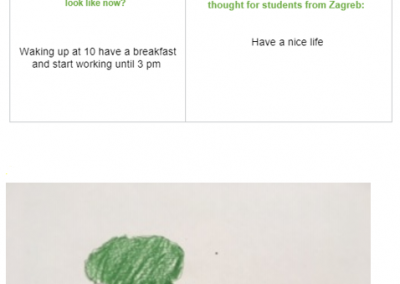 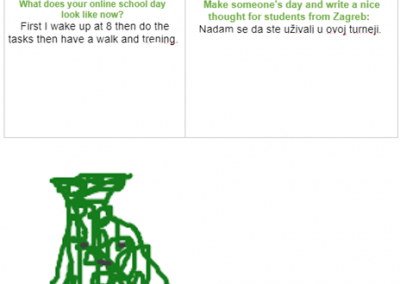 Many Questions about the Return to School

In the last few days I have received many e-mails about the possibility of the continuation of online learning for all grades, as many parents are afraid to send their children back to school.

As we have not received any guidelines or protocol (number of students per classroom, procedures, rules) for lessons in school as yet, we are not able to plan for the period after 18 May. We are also unaware of the prospect for the continuation of online learning for pupils whose parents decide to keep their children at home.

I hope that at the beginning of next week I will be able to present the options to parents and ask them for feedback about their intentions.

I wish you a relaxing and sunny weekend.