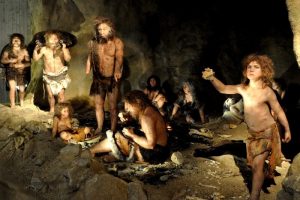 On the 3rd and 8th of April the students from Grade 5 and Grade 6 went on a Virtual Field Trip to Krapina, Croatia.

The pupils found out facts and interesting information about the region around Krapina, visited the Virtual Krapina Neanderthal Museum and watched a film about Neanderthals in Europe.

It seems they had a nice day. Here are some comments from the students: