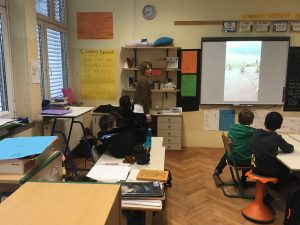 On April 11th, 4M students went on a cultural day visiting churches and religious centres in Ljubljana. We started our day by visiting the Islamic center where we had a presentation and discussion about the Islamic faith. The second stop was the catholic cathedral in the centre of Ljubljana, where we learned interesting things about the catholic religion, and saw the outside and the interior of the cathedral of saint Nicolaus. The last stop was the Buddhist center, where we were introduced to the core of Buddhist beliefs and tried some meditation techniques.
On Friday we continued with the religious topic by having a guest speaker, Mrs. Manček, who introduced Hinduism and also the country of Nepal. Students learned some interesting facts and could also see and touch several items specific to the country of Nepal and Hinduism in general. 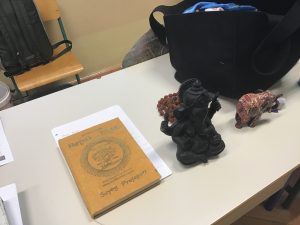