On Wednesday, November 23rd we had cultural and art workshops in our school. The workshop was part of the project for the Tone Pavček fund.
In workshops the PYP students made their own balalaikas and/or Russian dolls. They read some Russian tales in English, Slovene and Russian. Students listened to Russian classical music (e.g. Tchaikovsky’ Nutcracker and Swan lake) and Russian folk songs. They also got familiar with the Cyrillic alphabet while writing their names in the alphabet. 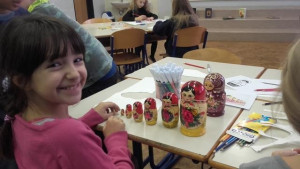 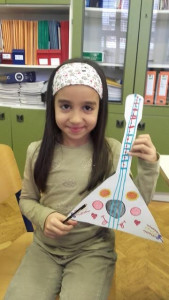 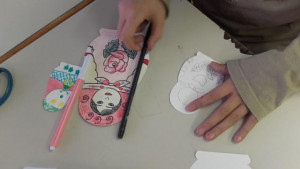 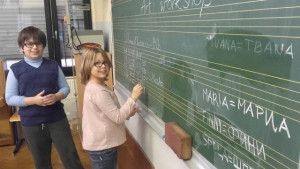